Resumo: Neutrino masses and the existence of non-baryonic Dark Matter (DM) are, together with the Baryon asymmetry in the Universe, three pieces of evidence that the Standard Model is not the final theory to describe our nature. In this talk, I will discuss scenarios where the generation of neutrino masses and its Dirac/Majorana nature are linked to the DM sector. In particular, I will focus on scenarios where the connection is coming from a U(1) symmetry, either an anomaly free B-L or the Peccei-Quinn symmetry. I will also discuss scenarios with a U(1)´ gauge symmetry in the light of COHERENT data.

Resumo: The experimental confirmation of the oscillation of neutrino flavors in the last 2 decades has been a milestone in clarifying the framework of particle physics. Some of neutrino properties can be explained through the current rich data of the neutrino experiments; however, there are still important unanswered questions which need to be clarified. Next-generation, long-baseline neutrino oscillation experiments are under serious consideration to answer these questions. The unprecedented neutrino fluxes at these experiments make them suitable for precision calculations of the SM predictions as well as searching for light new physics (NP) via measurements of the trident production and neutrino scattering off electrons and nuclei in the near detectors. We provide estimates of the number and distribution of neutrino-electron scattering and trident events at the DUNE near detector, and use them to study the weak angle. We then use these neutrino scatterings to probe leptophilic  light Z’ models. Finally, we quantify the DUNE sensitivity to dimension-6 operators in the SMEFT parameters.

Resumo: The LHCb experiment has reported a significant structure in invariant mass distribution of promptly produced J/psi J/psi combinations, with a peak at 6.9 GeV, which is a good tetraquark candidate.
I will discuss this discovery in a broader context of tetraquark and pentaquark candidates observed by the LHCb and other experiments.

Título: Insights into Scattering from symmetries and the Infrared
Autor: Monica Pate – Harvard

Resumo: The scattering problem has served as the arena for significant breakthroughs in modern high-energy physics, including the discovery of the Standard Model, and thereby become a pillar of the field.
Exhibiting rich mathematical structure while maintaining direct experimental significance, the scattering problem is amenable to a variety of approaches, whose combination has been advantageous historically.While scattering experiments that probe the quantum nature of gravity are beyond our present day capabilities, the theoretical question remains well-posed and a definitive answer would have profound implications for our understanding of the microscopic structure of the universe. In this talk, I will describe a recently-discovered new class of symmetries of the scattering problem in theories of gauge and gravity. These symmetries are infinite number and as a result imply an infinite number of constraints.The constraints have been identified with the so-called soft theorems from quantum theory which characterize low-energy limits of scattering amplitudes. Finally, I will describe a new proposal for holography of quantum gravity in asymptotically flat spacetimes that was motivated by these new symmetries.

Resumo: The cosmic neutrinos discovered by IceCube are doubly unique: they have the highest detected neutrino energies — up to a few PeV — and travel the longest distances — up to a few Gpc, the size of the observable Universe. These features make them attractive probes of particle-physics properties, possibly tiny in size, at energy scales unreachable by other means. In the decades before the IceCube discovery there were plenty of proposals of prospective studies using high-energy cosmic neutrinos. Today, these proposals have become a reality. I will showcase examples of testing neutrino physics at these scales, including stringent tests of physics beyond the Standard Model, like new neutrino-neutrino interactions and neutrino decay.

Resumo: Confirming or ruling out the existence of deconfined quark matter inside at least some neutron stars is a classic open problem in nuclear astrophysics. While the ultimate goal continues to be the observation of a smoking gun signal directly indicating the presence or creation of quark matter, a more indirect approach to the problem has lately become feasible. By combining ab-initio theoretical results for the microscopic properties of dense QCD matter with the latest astrophysical measurements of neutron star properties, it is possible to build stringent model-independent constraints for the material properties of
neutron-star matter at different densities. Presenting results from a very recent analysis of this kind, we argue that matter in the cores of the heaviest stable neutron stars has characteristics considerably
closer to the predicted properties of deconfined quark matter than those of nuclear matter. The implications of the finding as well as potential ways of improving its accuracy are also discussed.
Baseado na publicação no periódico Nature,
https://www.nature.com/articles/s41567-020-0914-9

Resumo: Validation of the Chiral Magnetic Eect (CME) in the magnetized chiral relativistic quark-gluon plasma (QGP) produced in heavy-ion collisions, can provide key insights into anomalous transport in the QGP and the connections between chiral symmetry restoration, axial anomaly and gluonic topology in QCD. Charge separation measurements play a pivotal role in ongoing searches for the Chiral Magnetic Eect (CME). Recently, a charge-sensitive correlator RΨm (∆S) [1], designed to discern between background- and CME-driven charge separation, was used to carry out a detailed set of measurements, relative to both the 2nd- (Ψ2) and 3rd-order (Ψ3) event planes, for several collision systems (A+A(B)). The measurements indicate nearly at to convex h RΨm (∆S) distributions for the measurements relative to Ψ3 and those relative to Ψ2 for the p(d)+Au systems, consistent with the essentially random B field orientations for these measurements. By contrast, the A+A measurements relative to Ψ2, show concave-shaped RΨ2 (∆S) distributions which validate CME-driven charge separation. Quantication of the latter signals via the the P-odd Fourier dipole coecient a˜1, indicate an increase from a˜1 = 0.50±0.025% in central collisions to a˜1 = 2.0±0.1% in peripheral collisions, consistent with the expected patterns for a robust but small CME signal.

Título: Decades of excitement! Why we remain enthusiastic about multimessenger science with gravitational-waves?
Autor: Szabolcs Márka (Columbia University in the City of New York)

Resumo: The discovery of gravitational waves and their multimessenger fingerprint has opened tremendous opportunities for astrophysics. Extraordinary instrumental breakthroughs in gravitational-wave detectors on Earth and in Space, in electromagnetic and in neutrino observatories lead to an information explosion, rapidly expanding humanity’s cosmic and scientific horizons. In this talk, I will discuss the history and promise of seamlessly integrating data streams of gravitational-wave, neutrino, and electromagnetic
observatories. I will elaborate on the evolution of the idea that multimessenger science can lead to a uniquely precise understanding of the astronomical sources and the underlying physical processes.
Multimessenger astrophysics with gravitational-waves has a rich history that I will also describe. LIGO, Virgo, Kagra, and LISA invested in multimessenger astrophysics for decades, and it shall open new windows
on the universe that I will highlight.

Resumo: Loop Quantum Gravity provides a well defined tentative framework to describe the quantum properties of gravity. I will describe how the theory preserve and built on the fundamental properties of general relativity and quantum theory, presenting the main ideas and results. The theory, now thirty years old, is built upon a compelling mathematics and exploits techniques close to those used in lattice gauge theory and for many-body systems. One of the main aspect of the theory is the absence of curvature singularities, that leads to a rich phenomenology in cosmology and for black holes: I will conclude presenting some recent ideas about possible astrophysical detections of quantum gravitational effects.

Resumo: Ultra-relativistic heavy ion collisions are expected to produce some of the strongest magnetic fields ($10^{13}-10^{16}$ Tesla) in the Universe[1]. Recently, there has been increased interest in the  magnetic fields produced by heavy ion collisions and their possible observational impacts through emergent magnetohydrodynamical phenomena in Quantum Chromodynamics, like the Chiral Magnetic Effect[2]. The initial strong electromagnetic fields produced in heavy-ion collisions have been proposed as a source of linearly-polarized, quasi-real photons[3] that can interact via the Breit-Wheeler process to produce $e^+ e^-$ pairs[4].

In this talk I will present STAR measurements of $e^+ e^-$ pair production in ultra-peripheral and peripheral Au+Au collisions at $\sqrt{s_{NN}}$ = 200 GeV. A comprehensive study of the pair kinematics is presented to distinguish the $\gamma\gamma \rightarrow e^+ e^-$ process from other possible production mechanisms.
Further, the measured distribution of $e^+e^-$ pairs reveals a striking fourth-order angular modulation which is a direct result of vacuum birefringence[5], a phenomenon predicted in 1936 in which empty space can split light according to its polarization components when subjected to a strong magnetic field.
Together these measurements provide the first direct experimental evidence of QED phenomena that have waited nearly a century for confirmation. Additionally, they show that ultra-relativistic heavy-ion collisions are capable of producing magnetic fields approximately 10,000 times stronger than the those in the magnetosphere of neutron stars (inferred to be $\approx 10^{10}-10^{12}$ Tesla), the strongest magnetic fields in the known Universe until now.
[1] V. Skokov, A. Illarionov, and V. Toneev. International Journal of Modern Physics A 24 (2009): 5925–32.
[2] Kharzeev, D. E., et al. Prog. Part. Nucl. Phys., 88 (2016)1–28
[3] C. Weizsäcker, Zeitschrift für Physik 88 (1934): 612–25.
[4] G. Breit and J. A. Wheeler. Physical Review 46 (1934): 1087
[5] Heisenberg, W., and H. Euler. Zeitschrift für Physik, (1936) arXiv: physics/0605038

Resumo: Inflation is the most successful scenario for the early universe. It may be possible to realise it using the Standard Model Higgs without any new degrees of freedom. This proposal is simple at heart, but involves subtle complications both on the side of quantum theory and the theory of gravity.

Resumo: Quantum Chromodynamics (QCD) is the fundamental theory describing the interactions between the ultimate building blocks of matter, namely quarks and gluons. At temperatures as high as trillions of degrees Kelvin and zero net baryon density, first principle Lattice QCD calculations have shown that a smooth crossover transition occurs between hadronic matter and a new state of matter called the quark-gluon plasma. A remaining question in QCD is whether criticality may appear at large baryon densities. In this talk I will review the status of lattice QCD simulations of strongly interacting matter at zero and finite density. I will also discuss ways to push our investigations to larger baryon densities, to support the forthcoming experimental program at Brookhaven National Laboratory.

Resumo: The experiment STAR at the Relativistic Heavy Ion Collider at Brookhaven  reported in 2017 the evidence of a global polarization of Lambda and anti-Lambda hyperons of the order of a percent in the collisions of nuclei at very high energy at finite impact parameter. This effect – which was predicted on the basis  of the formation of the QCD plasma at local thermodynamic equilibrium – is a striking confirmation of the fluid nature of the femtometer-scaled system formed in such collisions and, particularly, of its finite vorticity, estimated o be of the order of 1021 sec-1.  In this seminar, I will address the main results, the theoretical framework to deal with spin effects in relativistic fluids, and the possible developments. 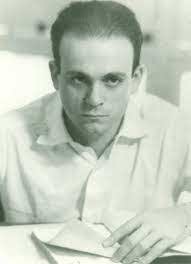 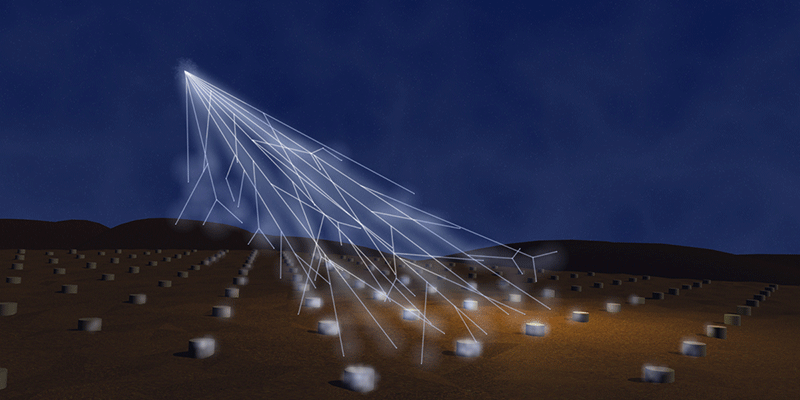 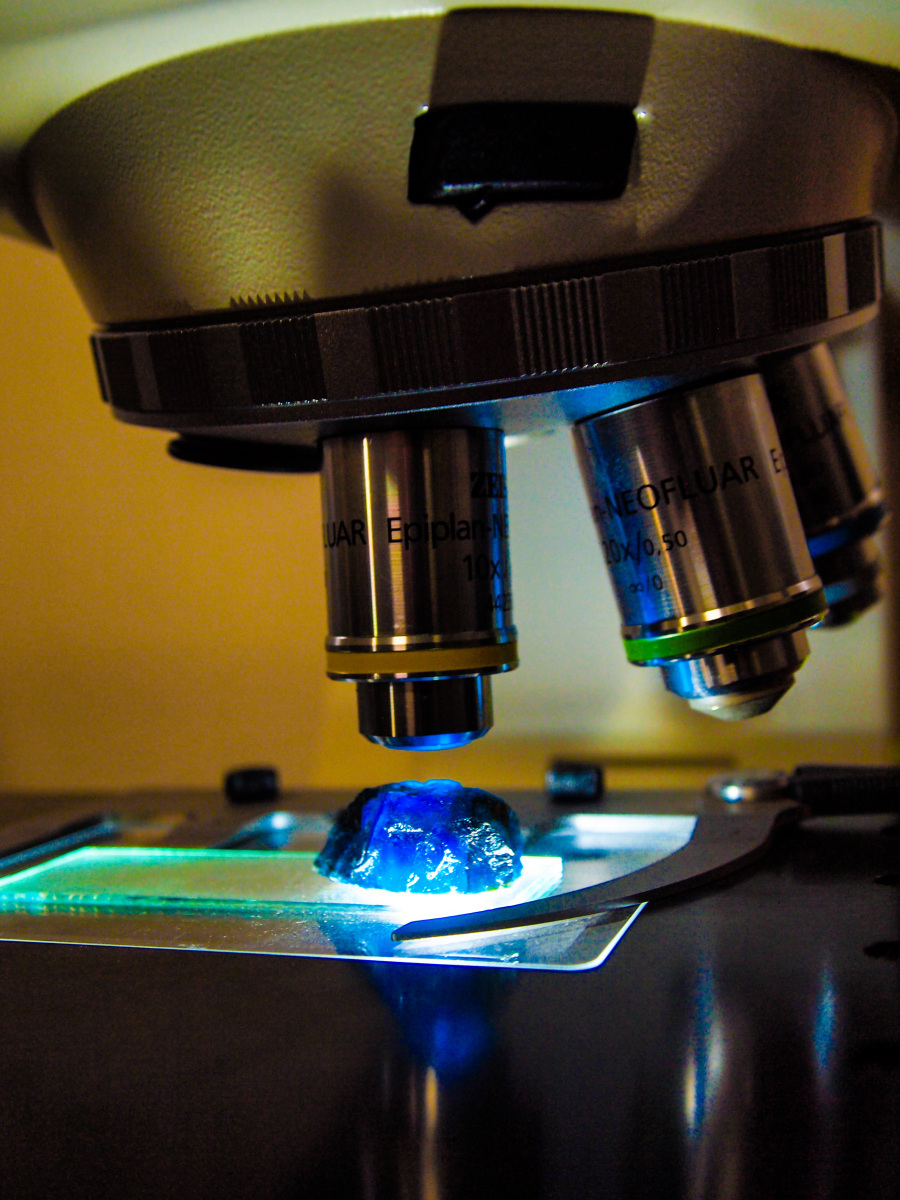 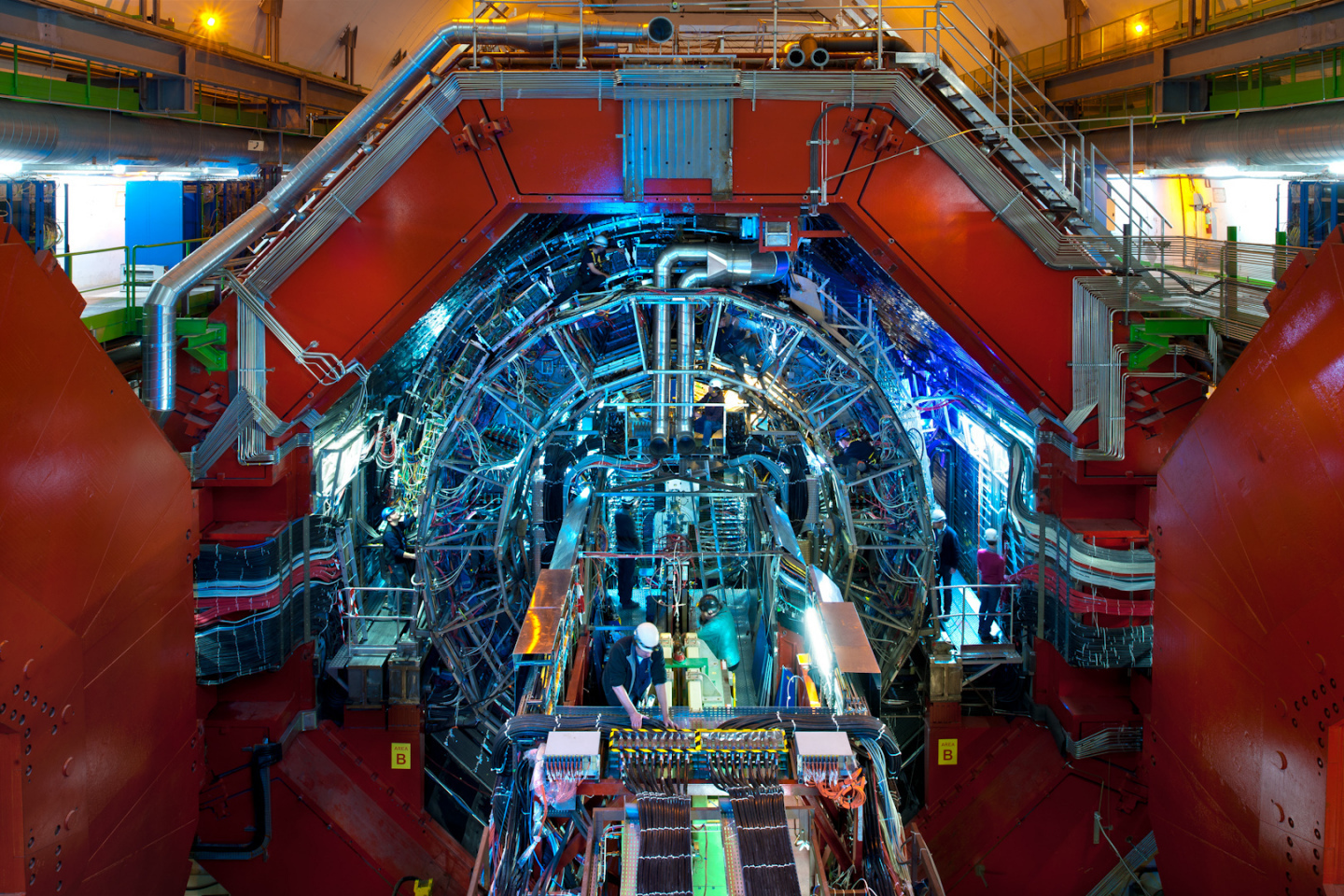 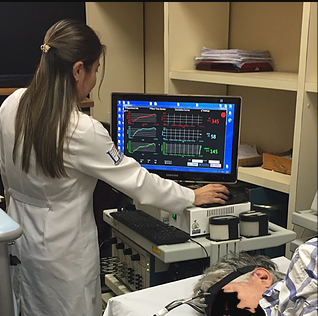