A world-renowned research institute since its inception, “Gleb Wataghin” Institute of Physics – IFGW is recognized as one of the leading Latin American research centers. IFGW brings together researchers with studies of international impact and is prominent in both basic and applied research. The Institute has played a key role in technological developments in the country, as in the case of optical communications. IFGW staff and alumni, contributing to Campinas becoming a high-tech center, have created many technology companies. IFGW currently has 41 research groups in 4 departments: Quantum Electronics; Applied Physics; Condensed Matter Physics; and Cosmic Rays and Chronology. The research conducted at the Institute distributed over nearly every field in Physics, from Cosmology and Astrophysics to Quantum Physics, from Photonics and Ultrafast Phenomena to Telecommunications, from Biophysics and Biophotonics and Medical Physics to Nanoscience.

Campinas is the 3rd city in the State of Sao Paulo in terms of GDP and also in number of inhabitants. Campinas used to be an agricultural city and due the foundation of Unicamp it has been transformed into a Science&Tecnology pool. To know more about Campinas click here.

Sirius, the new Brazilian Synchrotron Light Source, will be the largest and most complex scientific infrastructure ever built in the country and one of the first fourth-generation synchrotron light sources of the world. It was planned to put Brazil on the leading position in the production of synchrotron light and is designed to be one of the brightest of all the equipment in its energy class. 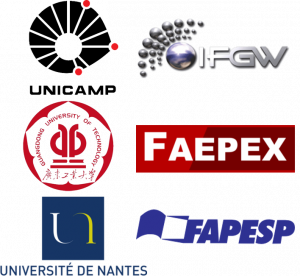