This project is conducted by the Optics and Magnetic Properties of Solids Research Group – GPOMS hosted at the University of Campinas’s Gleb Watahin Institute of Physics (IFGW-UNICAMP) in São Paulo State, Brazil. Part of the Thematic Project registered under grant number 2017 / 10581-1 (Principal Investigator: Pascoal G. Pagliuso), the project aims to prepare nanostructures and nanomaterials via chemical synthesis (bottom-up) [1, 2] as well as by the physical method of Laser Ablation or LA (top-down)[3]. The nanoparticles (NPs) will be studied by optical, microwave, radio frequency spectroscopies and magnetometry, among other structural and electron microscopy techniques. The post-doctoral researcher will be dealing with preparation and characterization of metallic and intermetallic NPs (Au, Ag, Cu, Pt, etc.), and insulating rare-earths 4fn doped NaY1-xMxF4 NPs (with M: Gd, Er, Yb, Dy, Eu, etc.).

The Crystal Electric Field (CEF) effects on diluted rare-earths in NPs are unexplored today, therefore, the study and characterization of their magnetic properties by means of ESR and Magnetic Susceptibility complemented by structural (XRD) and electron microscopy (TEM, SEM) techniques are extremely important.

An example of materials of interest where CEF plays important role is the 4fn rare-earth doped NaY1-xMxF4 NPs, which display the upconversion (UC) phenomenon largely explored lately because of its application for solar cells to absorb the IR part of the visible spectrum[4, 5]. Particularly, the most efficient materials for displaying UC are the 4fn rare-earth doped ABF4 (A: Na+1, Li+1, K+1, etc., B: Y+3, Gd+3, La+3, etc.) in the hexagonal phase P6m/3[6]. The UC is a non-linear phenomenon involving two or more absorbed photons that may lead to new devices with great potential for technological applications.

Insulating NPs of NaY1-xMxF4 doped with rare-earths 4fn (M = Nd, Gd, Dy, Er, Yb, Tm) will be prepared by a chemical synthesis (thermal decomposition) in the presence of surface controllers in order to supervise the nucleation and NPs growth. Eventually, core/shell NPs may be also prepared, as much as nanocrystals in self-assemblies composites[7]. Metallic and intermetallic NPs doped with rare-earths will be prepared by the Laser Ablation method where the doped metallic starting materials will be obtained by means of arc-melting furnace. The magnetic properties of the obtained NPs will be compared with their corresponding bulk magnetic properties.

1st semester: Familiarization with the project related literature. Fabrication and structural characterization of the 4fndoped NaYF4 (bottom-up) and undoped metallic (top-down) NPs in order to optimize the current methodologies.

2nd semester: Optical spectroscopy of the insulating NPs prepared by the chemical route. Preparation and structural characterization of Er-doped Au NPs by arc-melting and LA techniques.

3rd semester: Magnetic characterization of the bulk and NPs materials by SQUID (magnetometer), and ESR. Perform experimental data analyses and interpretation. Disseminate the results through reports and presentations for meetings, national and international scientific events.

This opportunity is open to candidates of any nationalities. The selected candidate will receive a FAPESP’s Post-Doctoral fellowship in the amount of R$ 7,373.10 monthly and a research contingency fund, equivalent to 15% of the annual value of the fellowship which should be spent in items directly related to the research activity.

In this project we are proposing the synthesis of new intemetallic compounds in the form of superconducting heavy fermion nanowires of the CeMnIn3n+2 (M = Co, Rh, In; n = 0,1) series. Their growth will be achieved through nanowire production technology Metallic-Flux Nanonucleation – MFNN (Patent – INPI – BR 10 2014 019794 0 and international patent in progress # WO2016023089 developed by researchers from groups GPOMS/LMBT at the University of Campinas – UNICAMP  [partnership led by Profs. Pascoal G. Pagliuso and Kleber R. Pirota] in 2014 for metallic nanowire production (diameters between 15 – 500 nm and average length of 1 μm).

The engineering of new materials is a strategic area in the execution of scientific and technologic projects of excellence in the most diverse Science sub-areas. Particularly concerning Condensed Matter Physics, new materials development evolves parallel to the widening of the understanding of complex properties in advanced materials that can present collective phenomena involving strongly correlated electrons. These phenomena are strongly dependent of the dimensionality and occur in unconventional superconducting materials, heavy fermion systems presenting quantum criticality, Rare-Earth based intermetallic magnetic materials in non-trivial topology systems, etc.

In the case of heavy fermion materials, (HF), the superconducting HF series CeMIn5 (M = Rh, Ir, Co) has been in the spotlight of intense scientific investigation [1-8]. These so-called 1-1-5 compounds might be seen as tetragonal variants of the cubic compounds CeIn3. The crystalline structure of CeMIn5 presents itself as alternated layers of Ce-In3 and M-In2 along the c-axis [6-8].

An extremely important aspect of the heavy fermions of the CemMIn3m+2 family is the fact that its ground state may vary from antiferromagnetic to superconductive as a function of control parameter’s tuning, such as pressure and doping. That is the case of CeRhIn5 (γ ~ 400 mJ/mol K2), which orders antiferromagnetically at ambient pressure with TN = 3.8 K and exhibits an evolution towards a superconductive state for P > Pc = 16 kbar, with Tc ~ 2 K [9].

Besides the above mentioned properties of the stoichiometric CeRhIn5, doping studies [10] in the CeRh1-x(Ir,Co)xIn5alloys revealed broad coexistence regions of AFM e SC and the robustness of the SC state to chemical substitutions is surprising to be found in this class of materials. Indeed, these materials are an excellent playground to investigate the mechanisms of unconventional superconductivity that is strongly linked to the properties of iron-based superconductors of high critical temperature.

The comparative studies of the 1-1-5 and 1-0-3 (n = 0) series in bulk morphology has allowed the investigation of the dimensionality role in these compounds, since the cubic 1-0-3 is more 3D than the more “bidimensional” 1-1-5 compounds. It has been observed that AFM is favored for the higher dimensional materials, while unconventional SC mediated by magnetic fluctuations is usually favored in 2D structures. From this perspective, the study of the role of dimensionality in the emergent phenomena in these systems could have a new breakthrough with the development of the MFNN technology.

Owing to the flexibility of RIn3 and CeMIn5 compounds, which allow doping or substitution in different crystallographic sites, these systems are an excellent opportunity to study systematically the dimensionality effect over RKKY interactions, Kondo effect, quantum criticality and particularly obtain a better understanding of the interplay between magnetism and unconventional superconductivity in HF systems.

Beyond the comparison of physical properties of the same 1-D and 3-D systems, it will be of great interest the comparison between the behavior of similar nanowires of the cubic 1-0-3 and 1-1-5 systems, where even in bulk form, the layered bidimensional crystalline structure leads to a generalization of the Kondo lattice model, in the presence of CEF effects and RKKY interaction, to describe the general properties of the system.

We plan on using the MFNN technique to synthesize intermetallic nanowires of the superconducting heavy fermion family CeIn3, CeMIn5 (M = co, Rh, Ir) and R2MIn8 as well as explore dimensionality effects in RKKY interactions, CEF and Kondo effects, and unconventional superconductivity. The dimensionality effects are strongly dependent upon the characteristic correlation lengths of each of those interactions occuring on those intermetallic materials.

The growth of new nanowires of novel intermetallic compounds is going to be through the MFNN method (Patent – INPI – BR 10 2014 019794 0 and international patent in progress # WO2016023089 A1) extensively dominated by the groups of this thematic project.

The samples will be analyzed afterwards by X-ray diffraction (Philips PW 1749 e D2 Phaser – Bruker), microscopy techniques (TEM – SEM LabNano – CNEPM) and elemental analysis (EDS [LabNano – CNEPM] and WDS [S8 – Tiger Bruker – GPOMS]) in order to confirm the crystalline structure, stoichiometry and morphology of the resulting samples. From then on, the investigation of the samples’ physical properties will be conducted making use of macroscopic measurements such as specific heat, electrical resistivity and magnetic susceptibility.

Electrical resistivity measurements AC and DC (as well as Hall effect) are performed at the commercial equipments PPMS-14T and PPMS-9T which belong to the groups in this thematic project, able to apply magnetic fields up to 14 T as well as achieve the temperature ranges of 0.3 K – 300 K, and making use of commercial pressure cells (easylab – piston-cylinder and diamond anvil cells) able to reach 9 GPa. The specific heat measurements are also going to be performed at the PPMS-14T and PPMS-9T with applied magnetic fields up to 14 T and in the temperature range of 0.05 K – 300 K, with the coupled option of a dilution refrigerator.

As for the AC/DC magnetic susceptibility experiments, they will be performed on the PPMS 14T (VSM option – DC), PPMS 9 T (ACMS option AC/DC) and in the new SQUID-VMS requested in this thematic project, which is crucial to the development of this project due to its enhanced sensibility.

We initially hope to focus on the nanowires’ growth of the CeIn3 compound of 2 different diameters (200 nm and 75 nm). We are convinced that this is feasible, and when that is established we intend to expand the synthesis for other Rare-Earths and 1-1-5 series, as well as reduce the diameter of the nanowires.

The membranes with nanowires are extracted from the crucibles and studied through TEM, EDS, magnetic susceptibility, specific heat and powder X-ray diffraction measurements, considering the Al2O3 background contribution in each case. It is still challenging to isolate a single nanowire to perform electrical resistivity measurements. The development of this technology will also be an objective of this thematic project in collaboration of the LMBT group and the Center for Semiconductor Components and Nanotechnologies – UNICAMP and the Nanotechnology Center of LANL (US-NM).

Regarding nanowires of HF systems, we hope to find a strong dependance between transport, magnetic and superconducting properties with the systems’ dimensionality. From our research, we particularly wish to be able to construct the phase diagrams of these quasi 1-D systems that could help us infer details of the microscopic interaction between localized and conduction electrons, and its correlation to the ordered states under reduced dimensions effects.

Finally, a lot of articles should be published as result of these investigations, and the post-doc responsible for this Project should scientifically interact with the other collaborators of this project, whom will certainly benefit from the grown samples and the scientific knoledge built in an organized and collaborative form between all the participants.

This opportunity is open to candidates of any nationalities. The selected candidate will receive a FAPESP’s Post-Doctoral fellowship in the amount of R$ 7,373.10 monthly and a research contingency fund, equivalent to 15% of the annual value of the fellowship which should be spent in items directly related to the research activity. 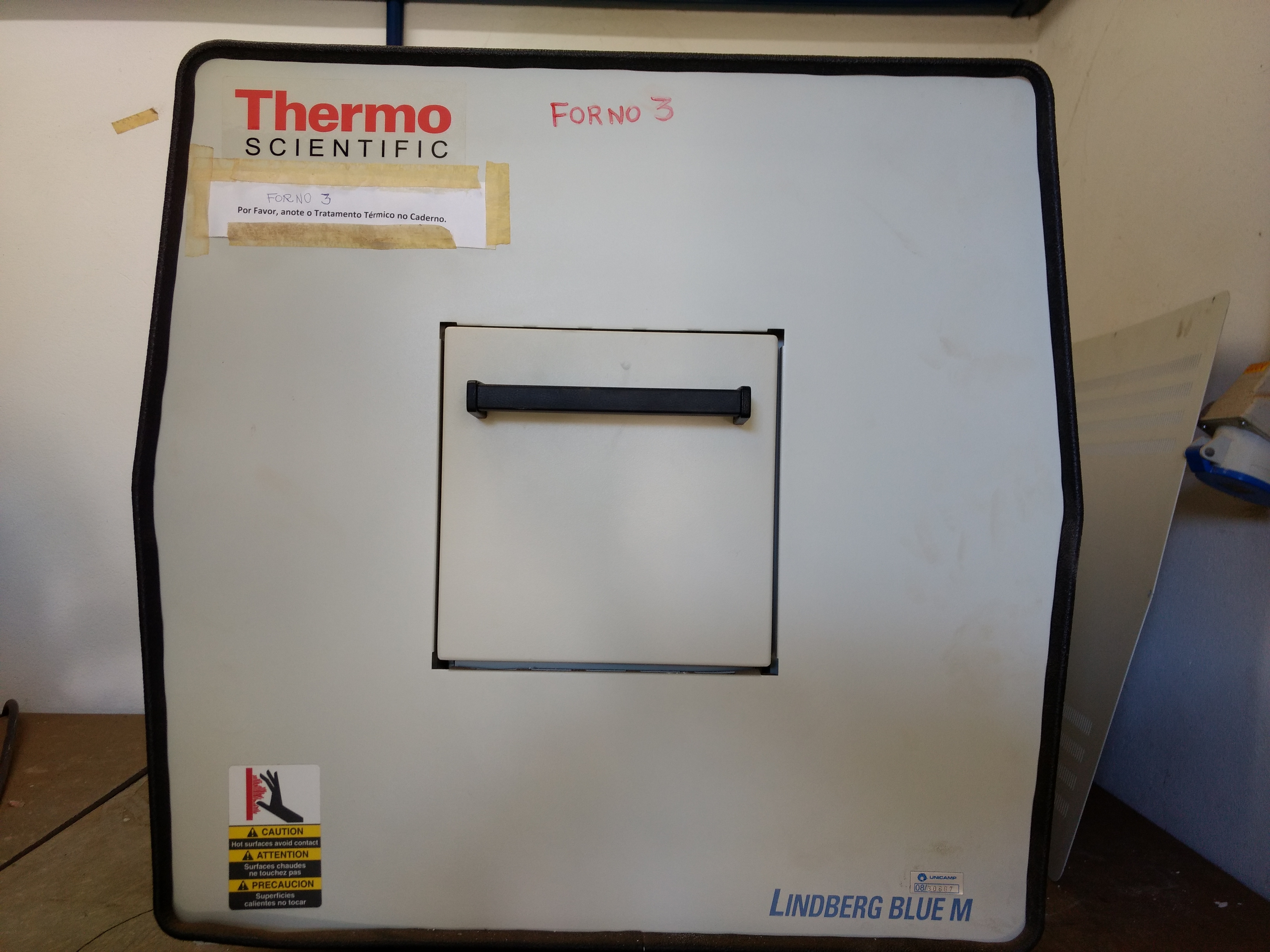 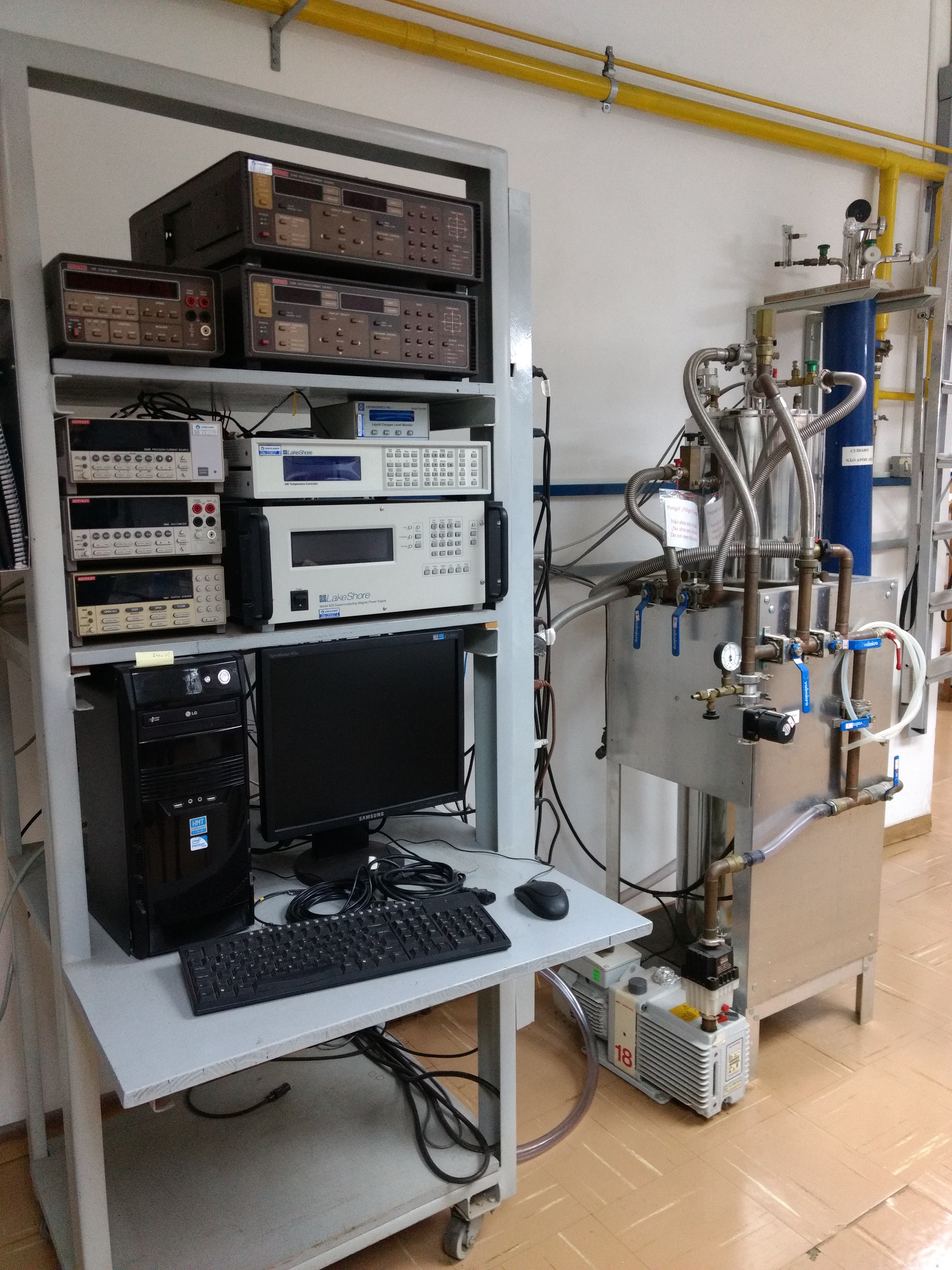 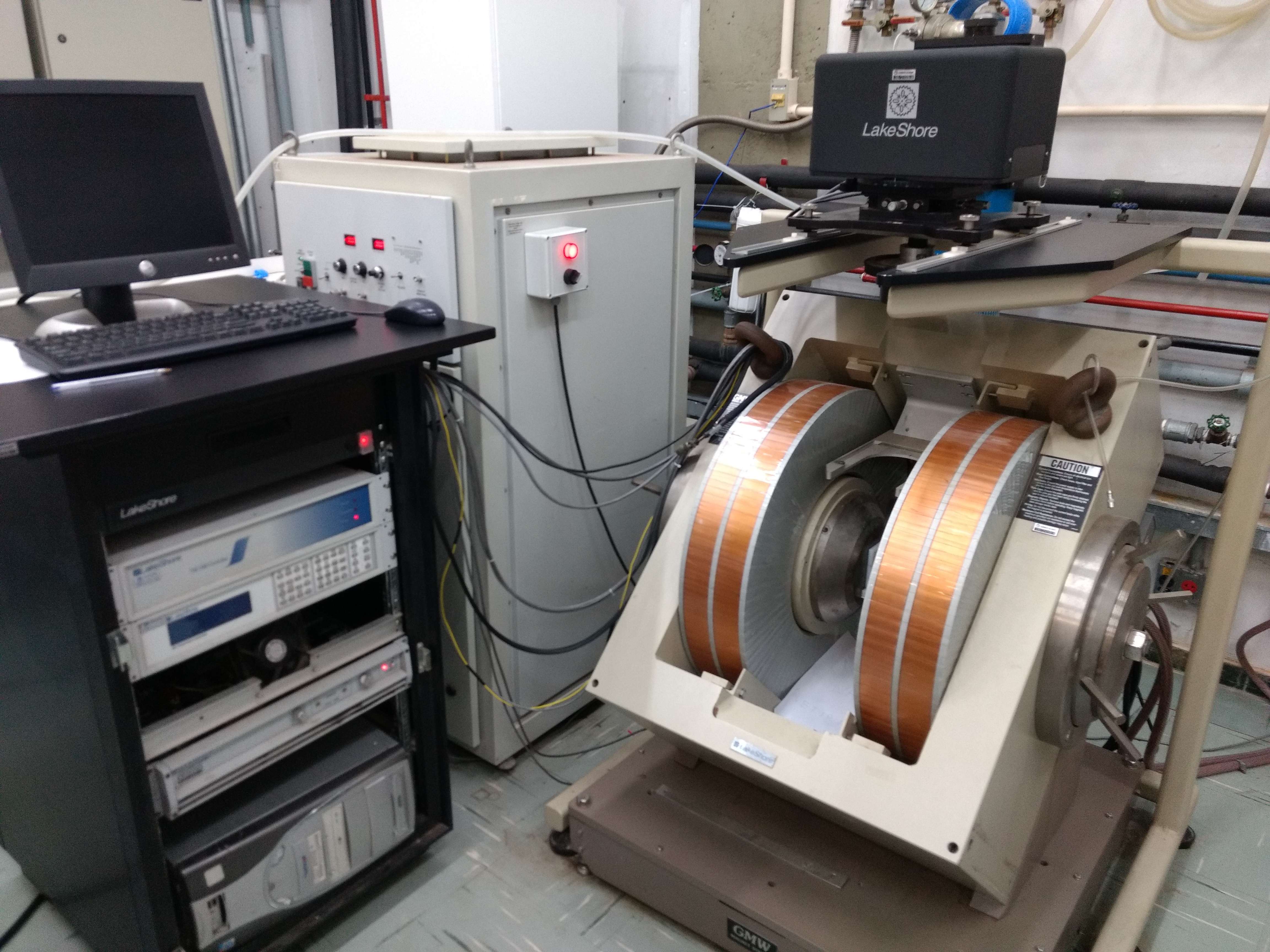 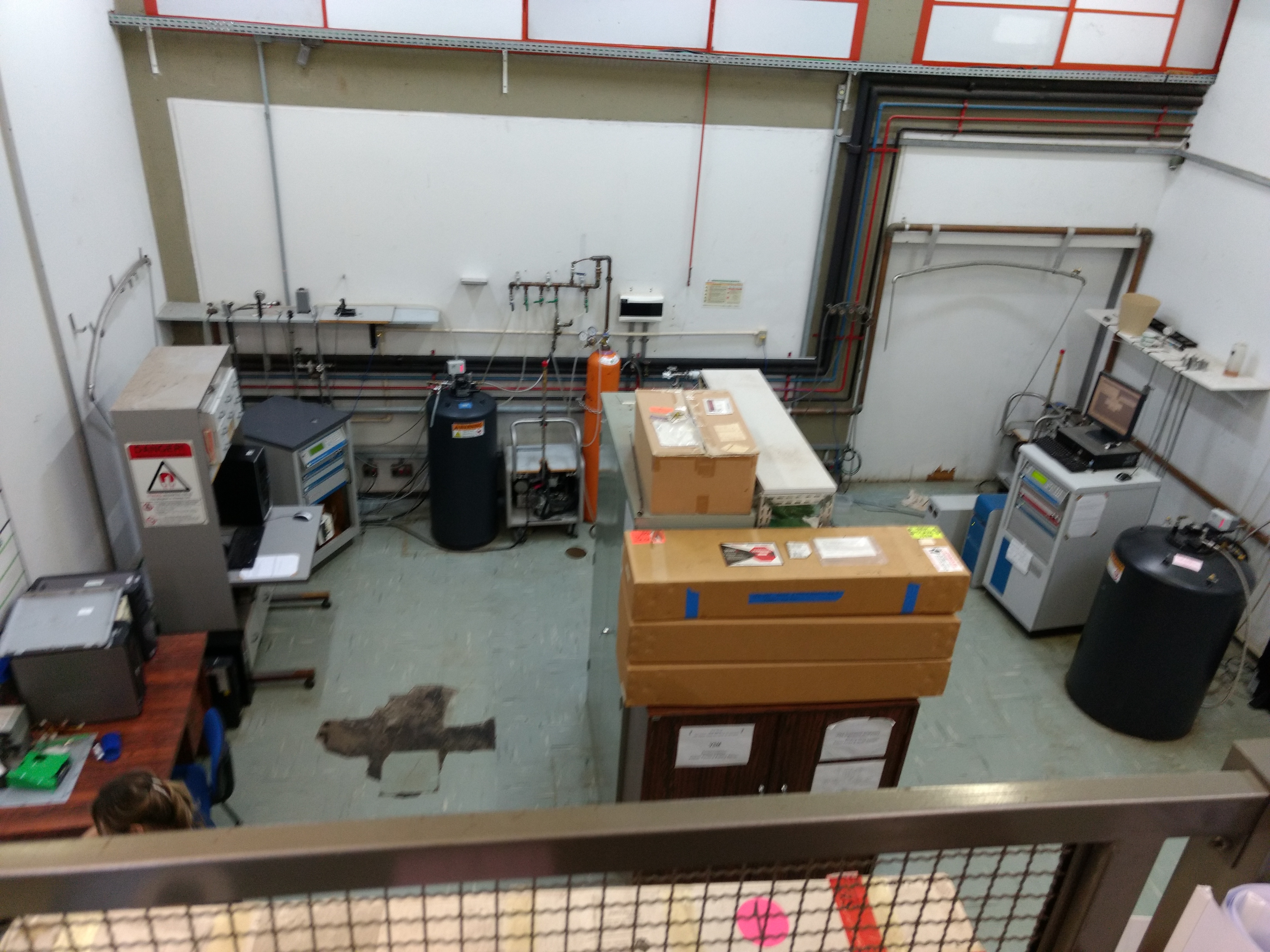 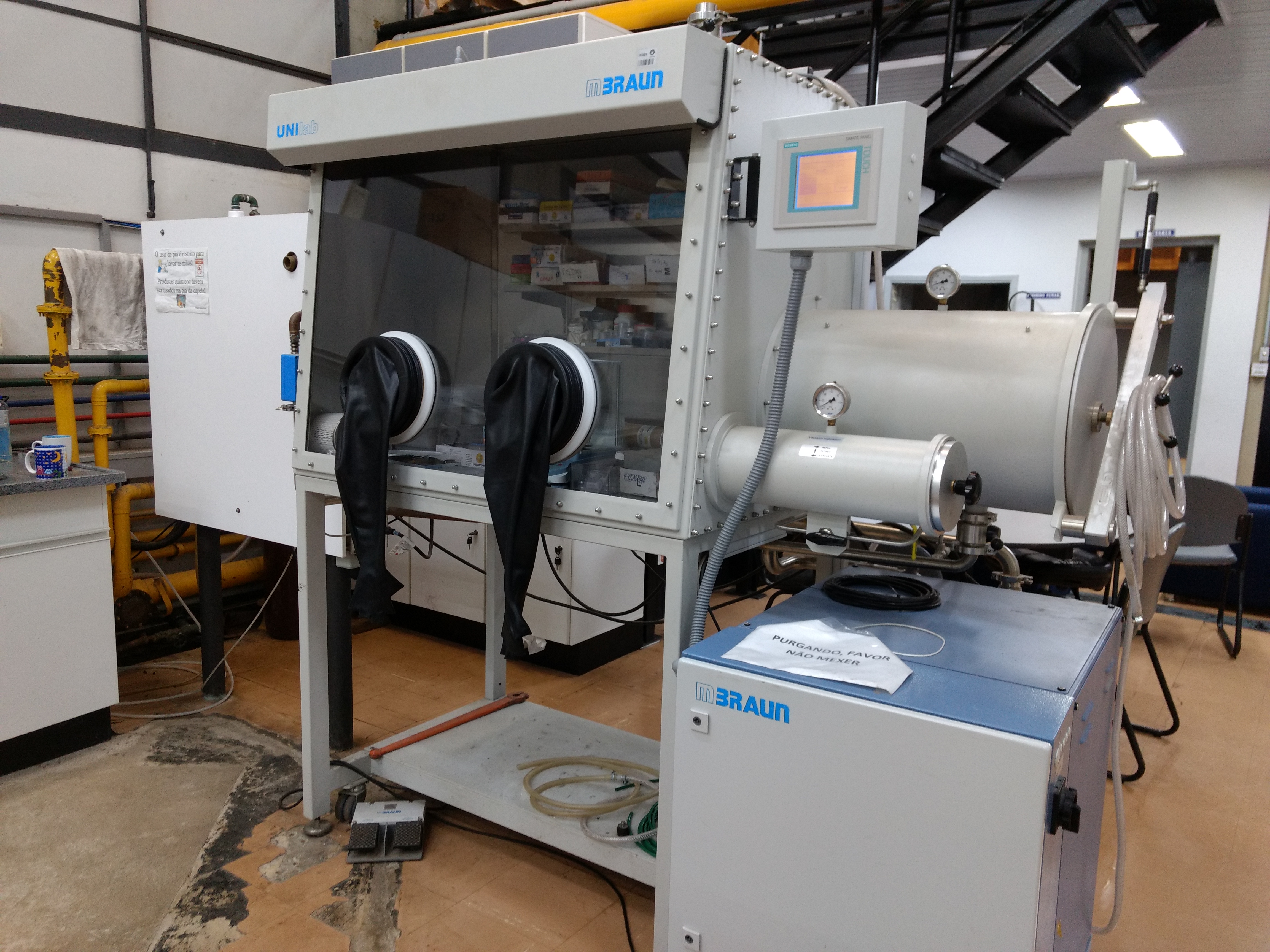 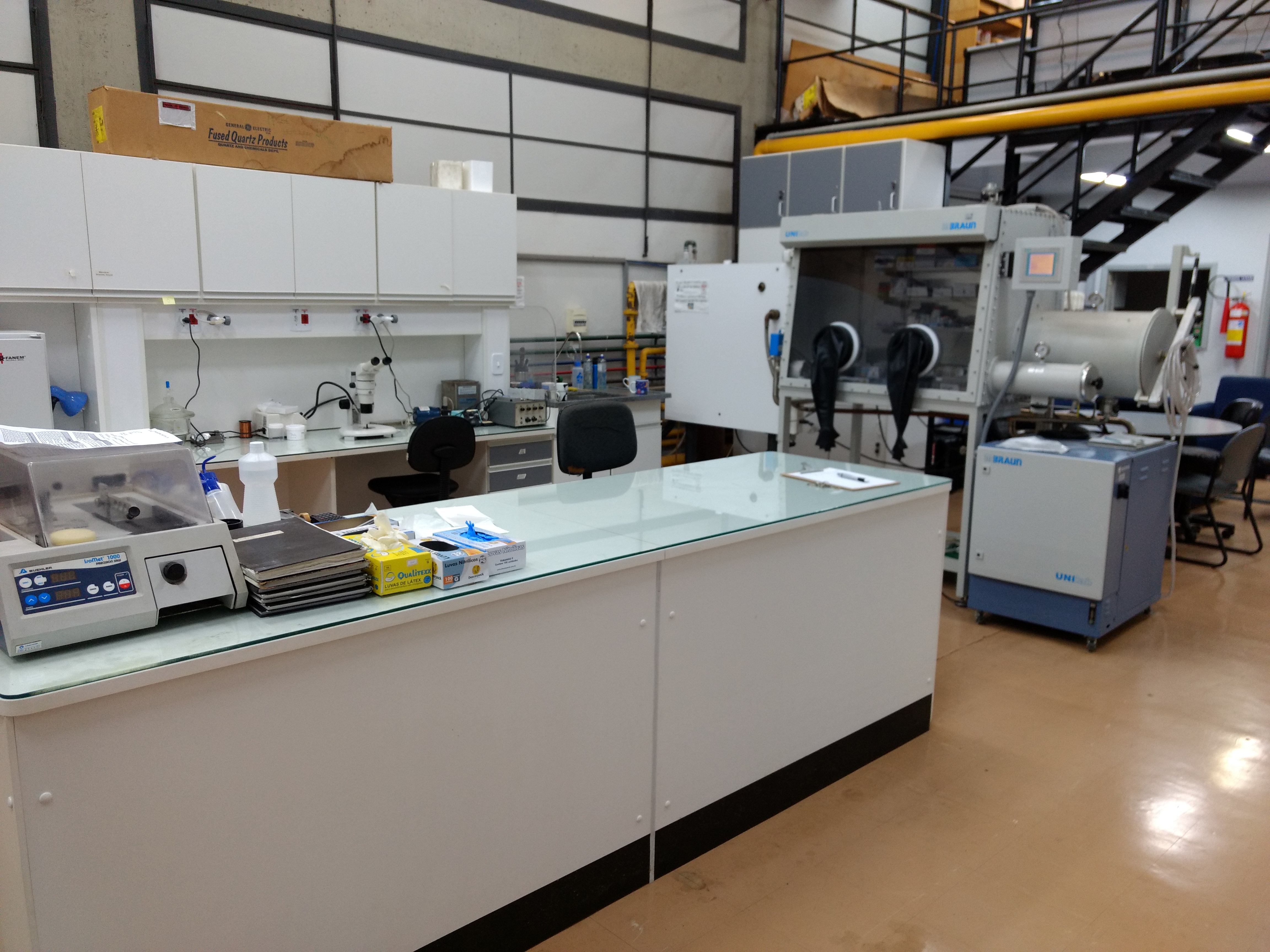 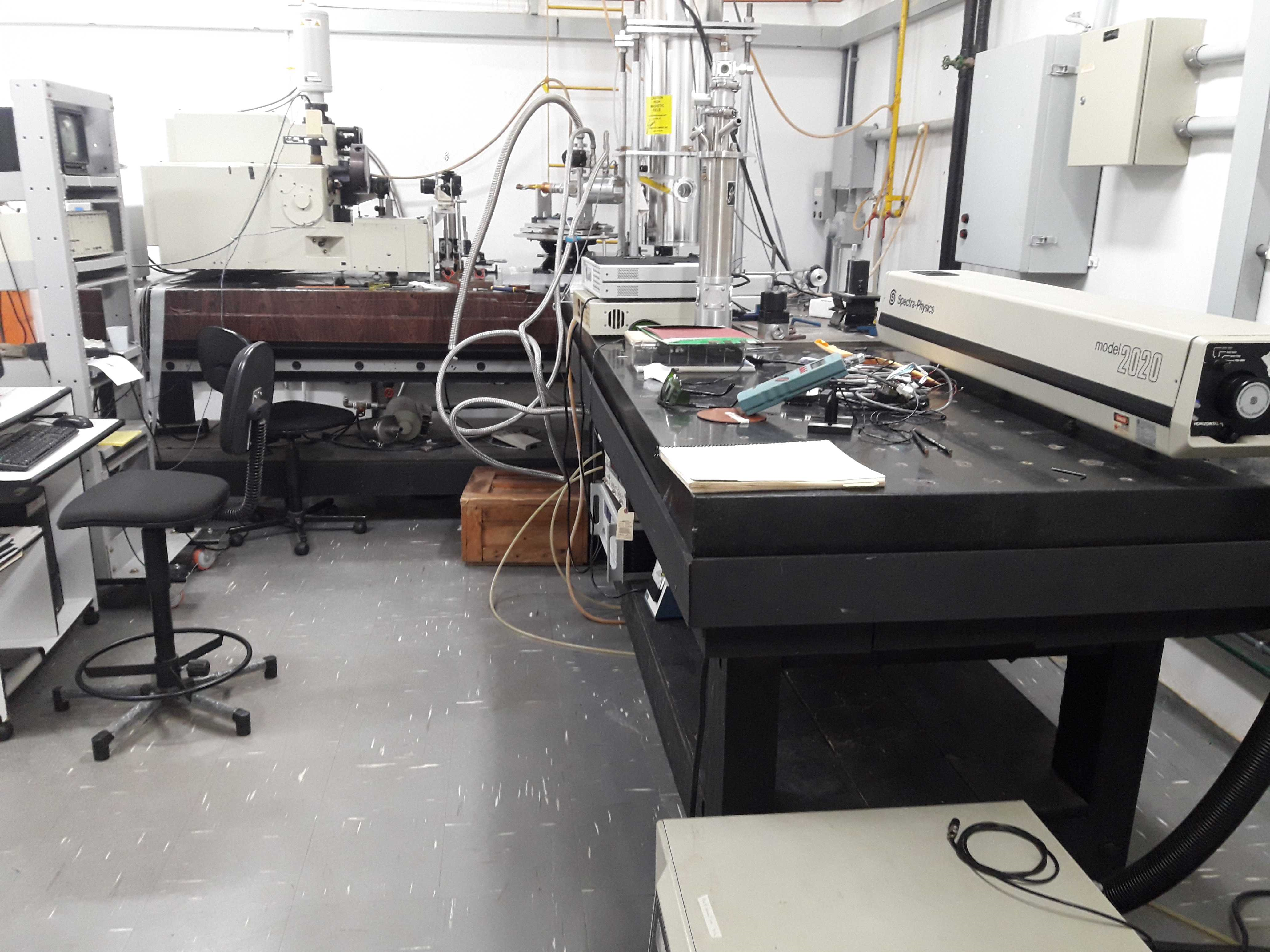